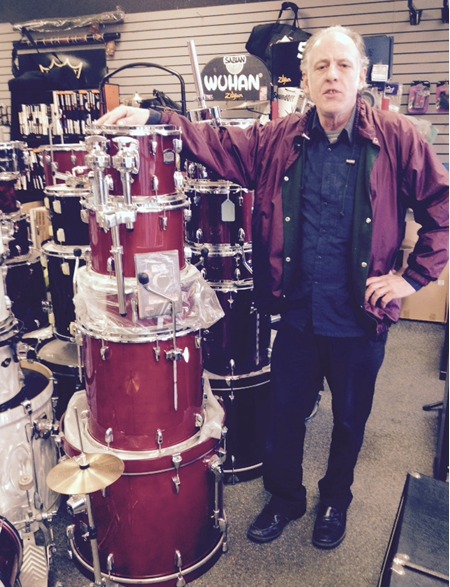 Originally from the Adirondack region, Tom Smith has been performing and teaching for over thirty years as a drummer, guitarist, and bassist. He spent close to twenty years in the Burlington, Vt. area. He has performed and or recorded with Trey Anastasio, Jon Fishman, The Ray Charles Band, Sandra Wright, etc. and has opened for such luminaries as Dizzy Gillespie, Gary Burton, Doctor John, and Doc Watson among  others.

He is a former music faculty member at Goddard College, Johnson State College and Vermont College, etc. These days, he devotes most of his time to song writing, teaching and being a dad. He teaches Drums, Guitar, and Bass at North Country. 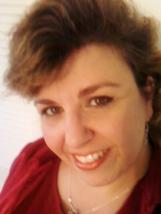 Heather Shouse has been
teaching at North Country since 2008, and has been a professional singer for
over 20 years including being put on the air by PYX 106.6 singing Parody songs
with the Fat Jonny Show Crew starting in 2003. Heather has been in choral
groups starting at the age of 5, and has been a lead singer for classic rock
bands of: Lead Paint, Gone Rogue, and Hot Mess.

Miss Shouse prides herself in knowing what it takes to get young people ready
for a professional career in singing- from auditioning to get into
Youththeater, all the way up into auditioning for movies and
commercials.

Currently a judge for regional competitions- she knows
what they are looking for and knows how to get the very best performances out
of her students- who are now placing, or have placed in the top three in other
competitions.

Teaching at North Country Guitar since 2004, Terry plays guitar and is the lead singer in the regional based progressive rock trio, CAPITAL Zen. He also performs in the local cover bands Kings of Stupid Mountain and Syrup. Studying the guitar since 1996, Terry is a very versatile player. He can help you on your quest to learn any style of guitar, and teaches many different skill levels, from beginner to advanced. 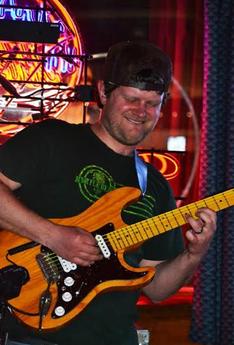 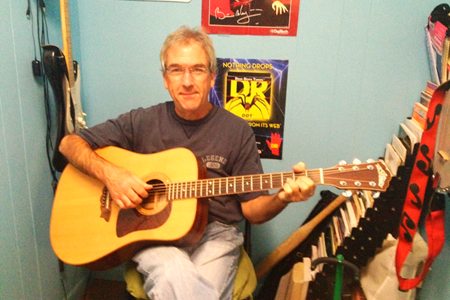 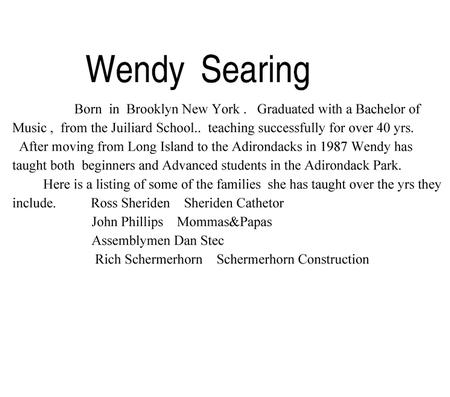 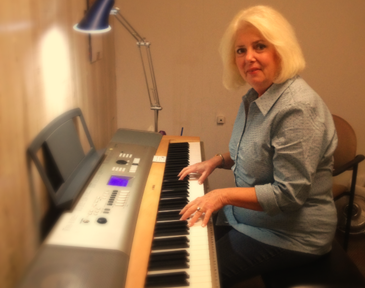 Rick is an alumnus of Berklee College of Music Boston, MA. Class of 1980. He has been teaching private guitar lessons since 1980. He taught private guitar lessons at Adirondack Community College from 1990 to 1996. He joined the staff at North Country Guitar in 2009. He can be found occasionally playing and singing in some of the best resturants/bars in the North country. He is currently teaching Guitar, Banjo, Violin, Mandolin, Ukulele, and Bass lessons. He is well versed from jazz to rock to bluegrass, country and traditional songs. He the leader of the contemporary music group at St. Marys church Glens Falls Ny. Come on in and sign up for lessons. He can get you started and on your way.
View on Mobile